Application of an Environmental Science theory to the UW campus

I blended my two passions of environmental science and design together for my class final in an Environmental Science course. I applied a theory called Interaction Pattern Design to UW and conducted a research study on how that theory could manifest itself in the design of UW's campus spaces.

I chose three unique sites across campus and redesigned them based on encouraging the wildest instantiation of the interactions the site affords.

Context and an Introduction to Interaction Pattern Design Theory

My class final for my Environmental Science course was to write a paper that engaged with the issues discussed in class. However, I decided to do something a little different! We had briefly discussed a concept called Interaction Pattern Design in class, and I had an idea for a research study that expanded on that theory and applied it to my life as a college student.

Interaction Pattern Design states that a finite number of interactions exist with our surroundings and they occur on a spectrum of domestic to wild. In the example below, Crossing Water is the interaction pattern, and the spectrum of wild to domestic instantiations are shown. 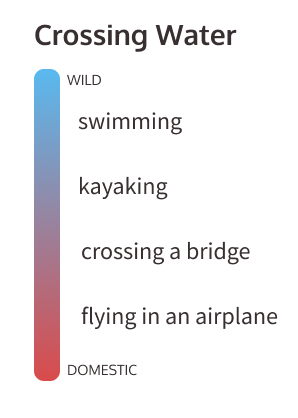 An example of both wild and domestic patterns for one interaction.

Interaction Pattern Design theory argues that interacting with our world in the wildest form possible has both health and productivity benefits.

I wanted to research how Interaction Pattern Design theory could be applied to the UW in the hopes that it would foster a productive and healthy environment for students.

This question was investigated in relation to three sites on the UW campus: The Drumheller Roses, The Quad, and Red Square. These three sites were chosen because of their varying nature levels. 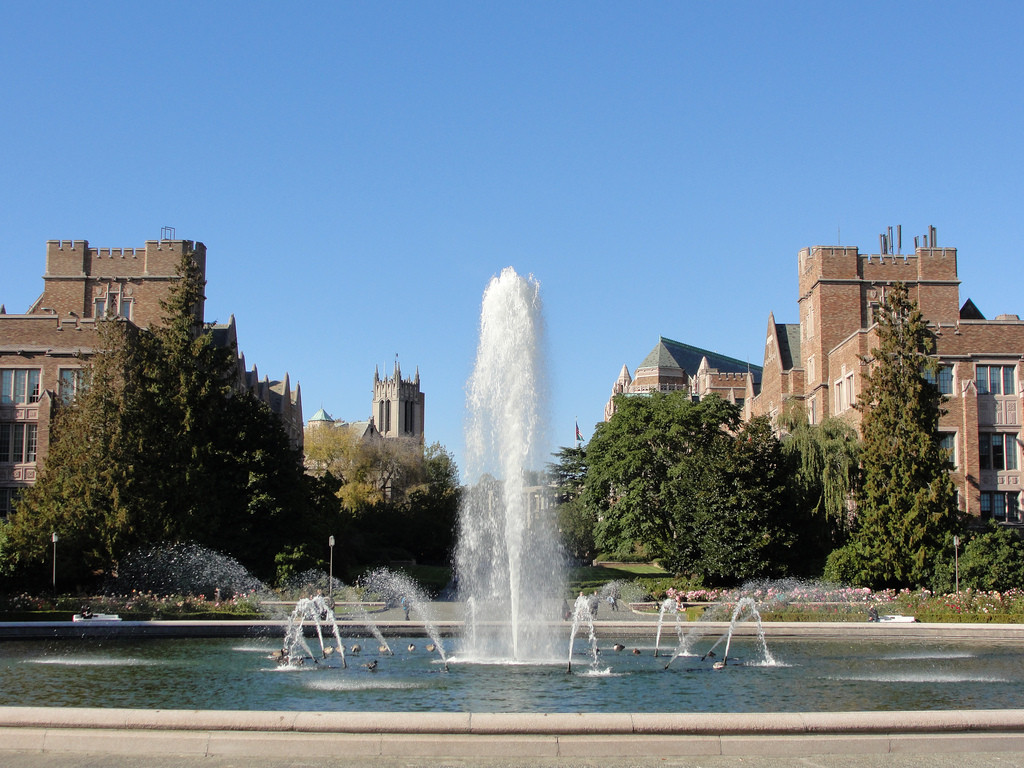 Drumheller Roses includes a pop of color, but is largely overlooked. 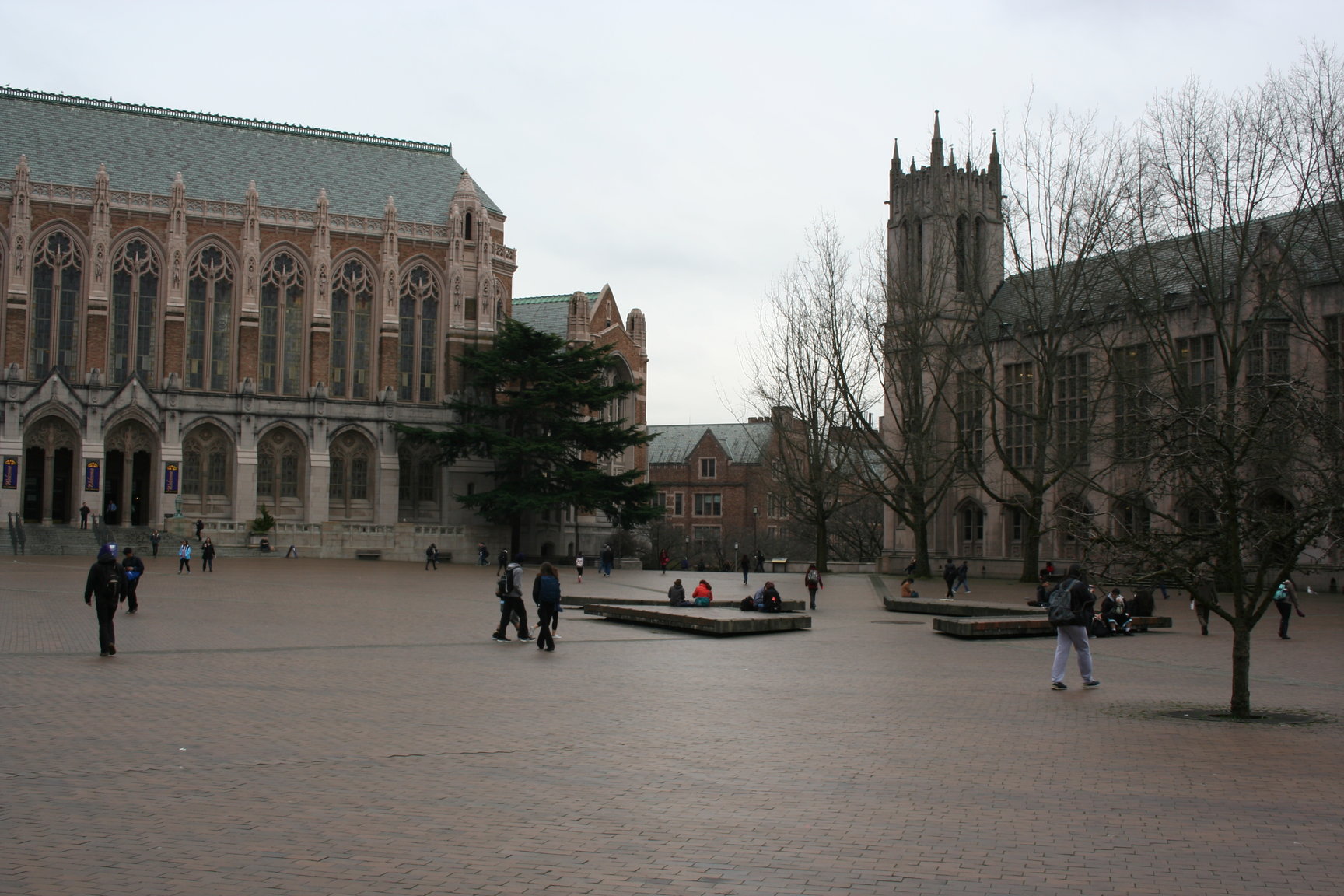 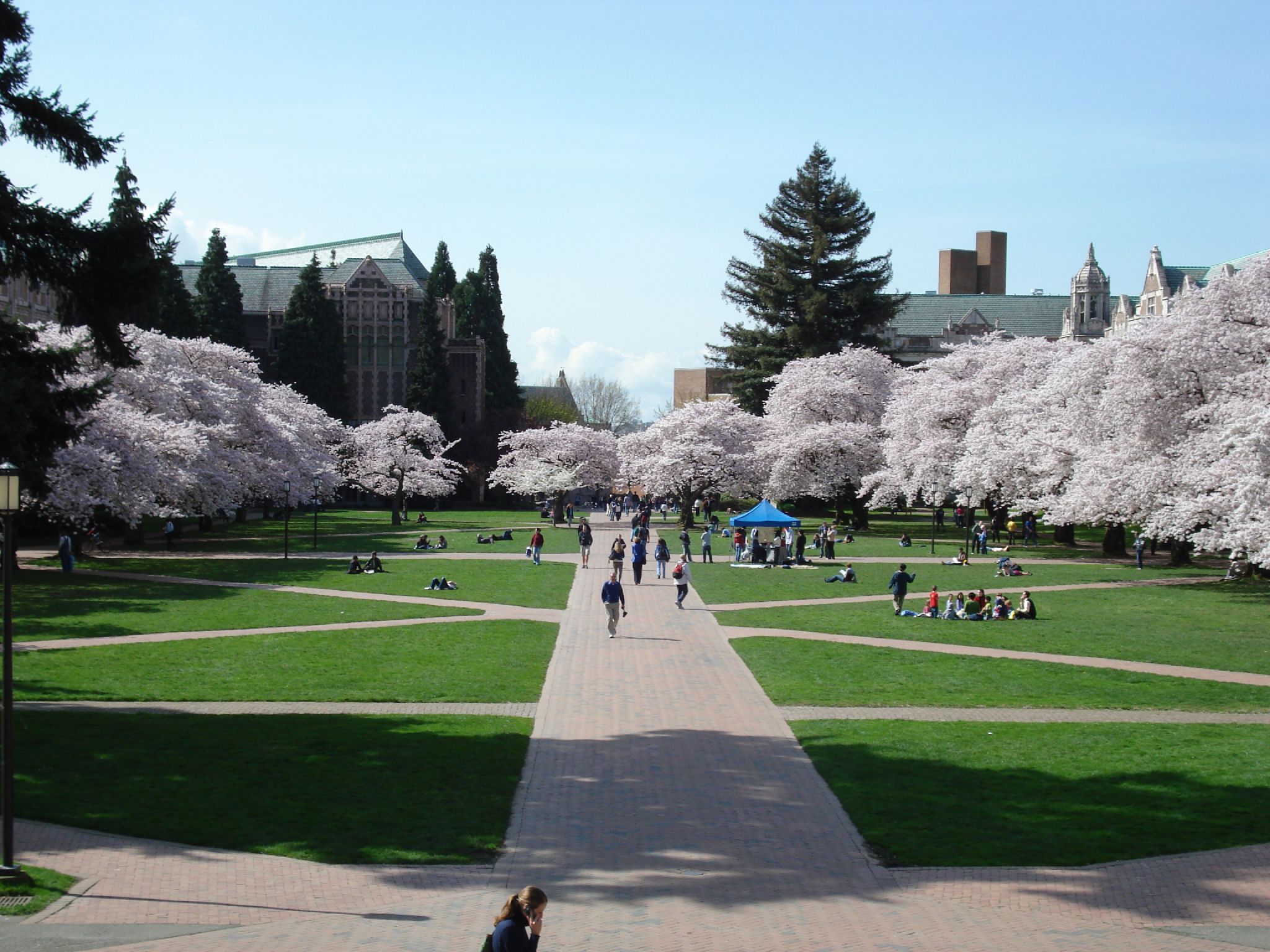 The Quad has the most existing nature and is well known for its grassy spaces and cherry blossoms.

Because my timeline was less than a week for this project, my original plan was to conduct two, 30-minute observations at the three sites.  However, after hearing things I would have loved to inquire about, I decided to change my research plan to one observation and interviews.

I reached out to eight unique people per site and asked them three to five questions over text if they consented to participate. Although the questions varied slightly from site to site, the main three questions were: "How do you feel about the site?" "What interactions do you have at the site?" "Is there anything you would change about the site, if anything?". 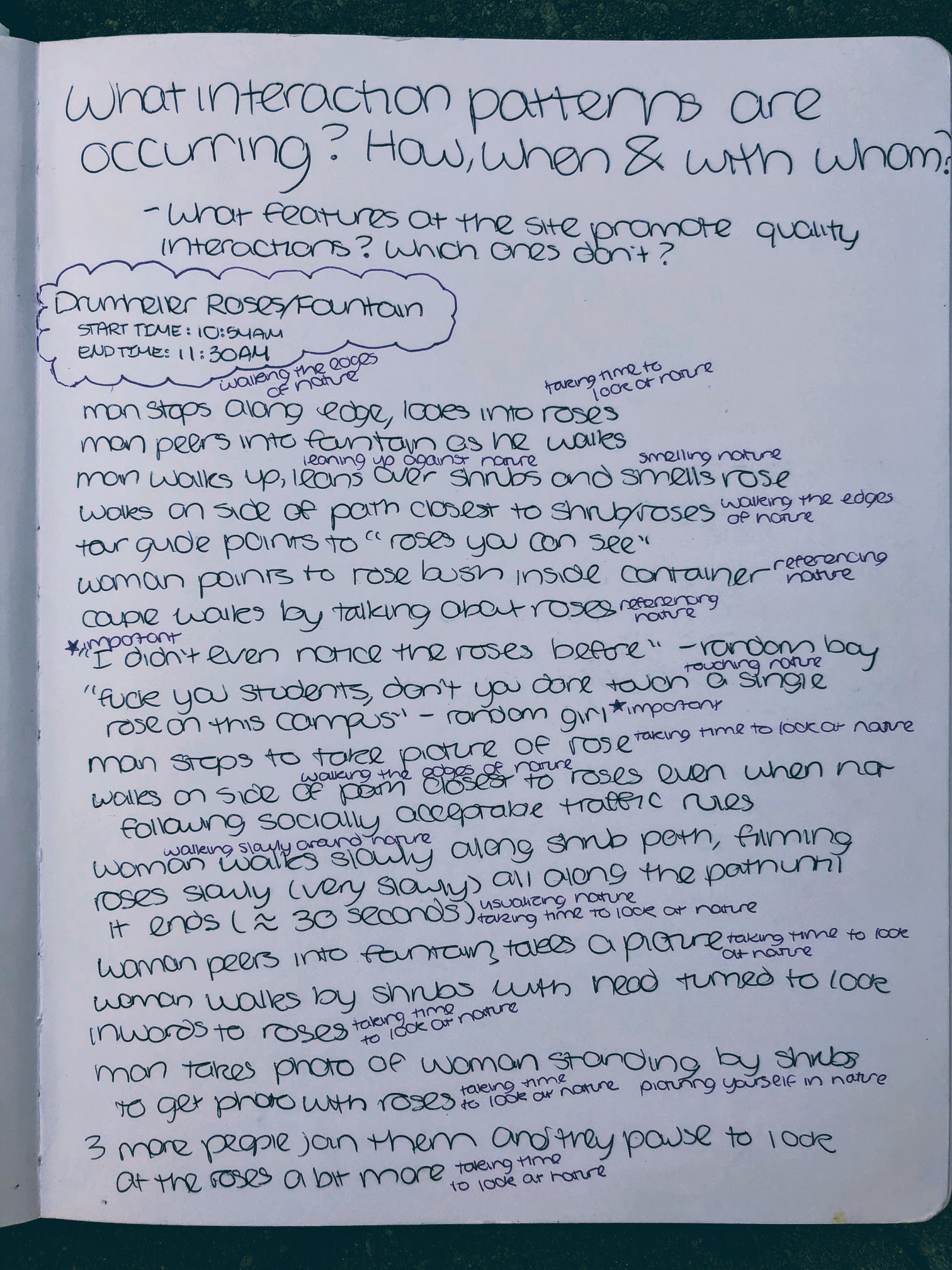 A page out of my sketchbook where I took notes on my observations. Click to enlarge.

I first coded all the interactions I had observed and talked about with participants into Interaction Patterns. For example, "man sitting down in grass" became the pattern Sitting in Nature.

An example of the data analysis for the Drumheller roses conducted in Microsoft Excel. Click to enlarge.

The Quad seemed to satisfy Interaction Pattern Design requirements, while Red Square and the Drumheller Roses had a lot of inconsequential domestic interactions. For the Quad, I sought to bring people to the space. For Drumheller, I focused on improving the accessibility and engagement with the roses. For Red Square, I let my creativity run wild on how to introduce nature to the space. 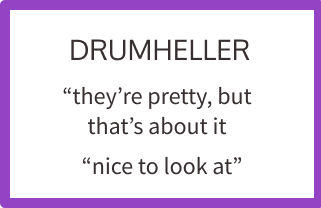 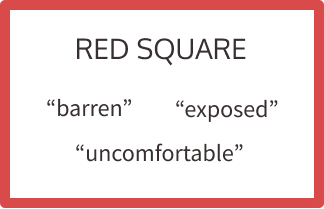 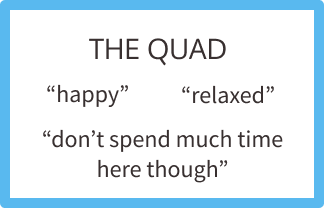 General sentiments from participants about each site.

My redesigns focused on increasing both the number of sensations triggered by each interaction and the prevalence of nature. I ended with three complete redesigns for Red Square, The Quad, and the Drumheller Roses. The features in my redesign can be generalized to create a set of loose guidelines for college campuses to follow when designing public spaces. 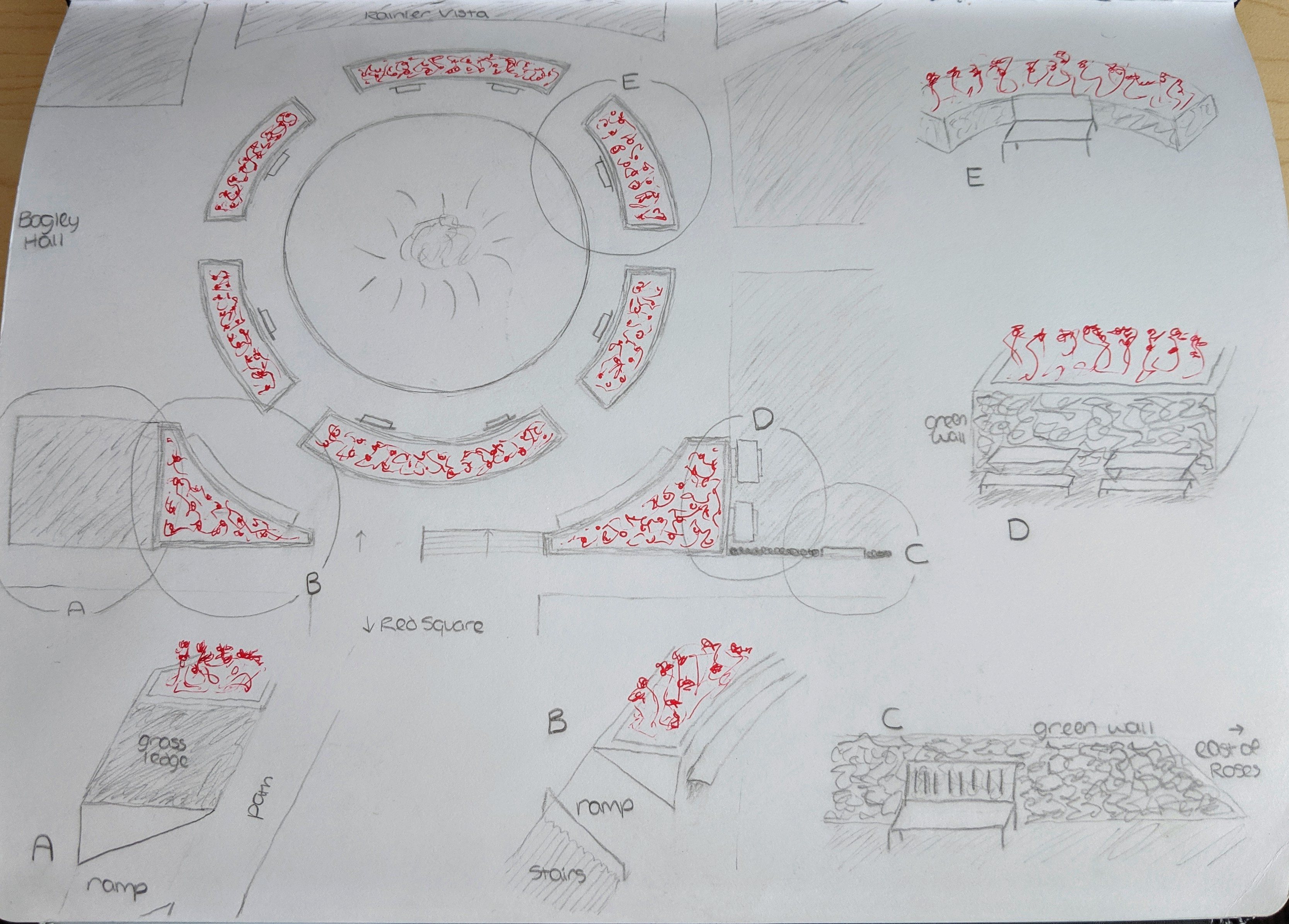 Drumheller Roses are now made accessible. Click to enlarge. 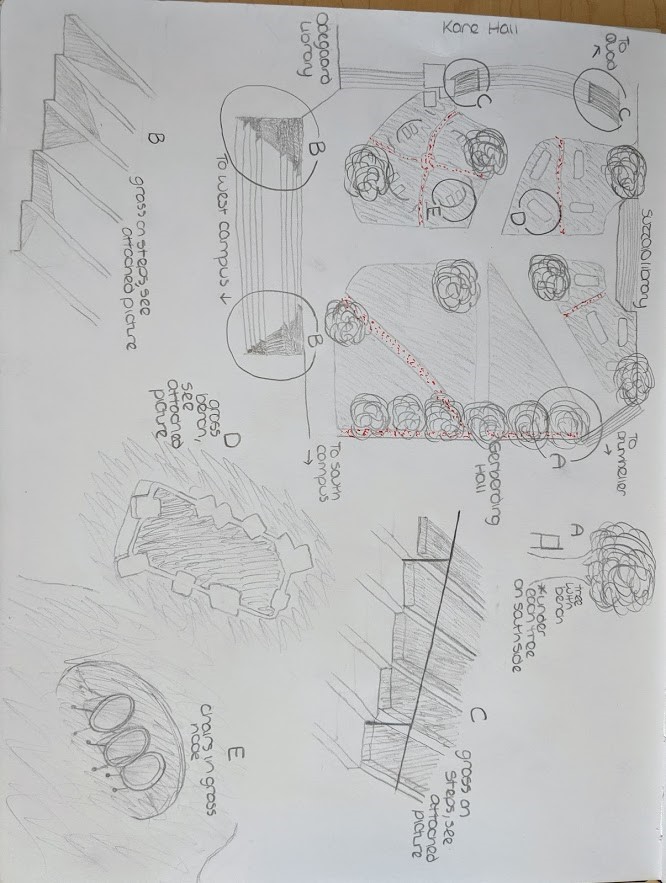 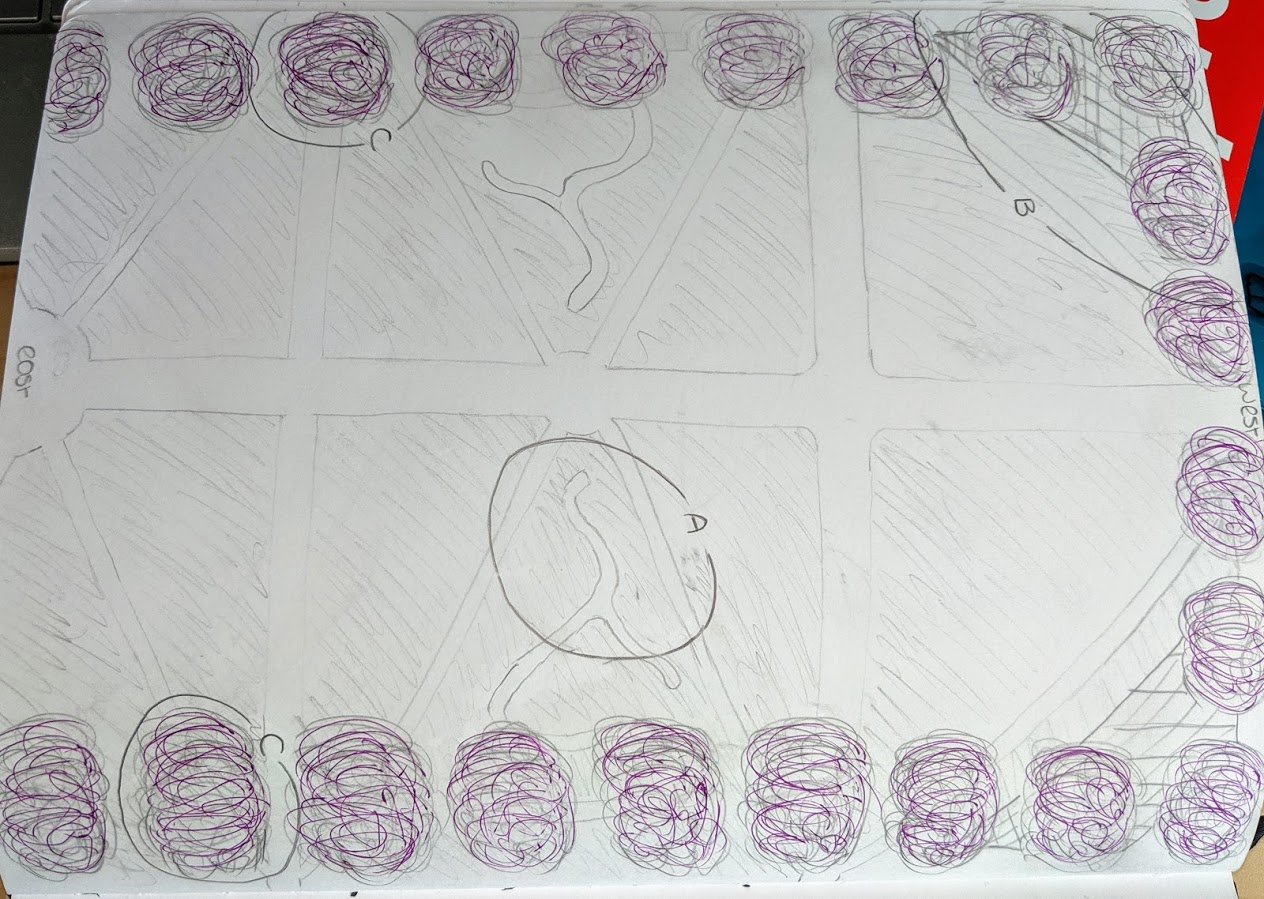 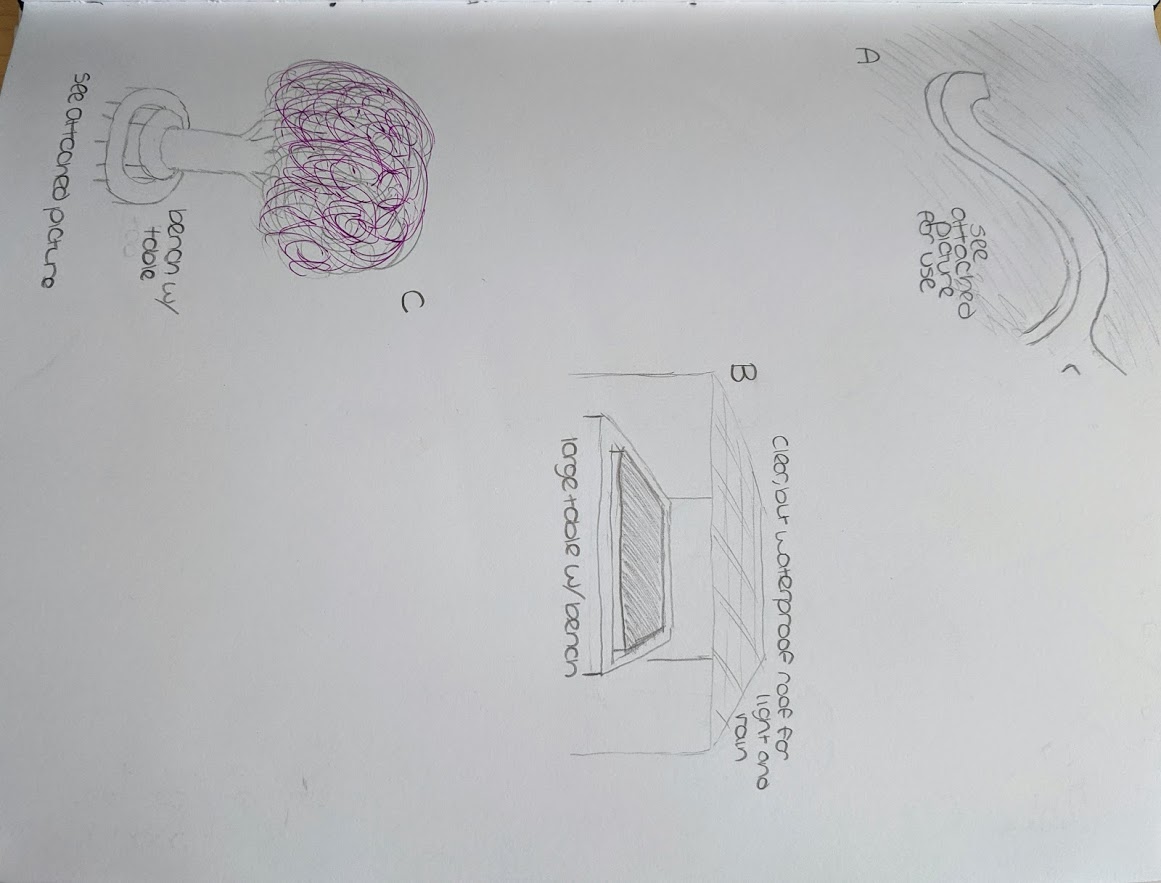 The Quad is made more inviting, but mostly stays the same. Click to enlarge.

Overall, this project was enjoyable for me! It allowed me to blend my two passions of design and environmental science, and it was inspiring seeing how easily they fit together.  Perhaps the biggest thing I learned is that research studies require a lot more time and effort than you think they will! This project was also an opportunity for me to significantly improve upon my sketching skills and do some creative thinking.